When you and your cat live 3,000 miles apart 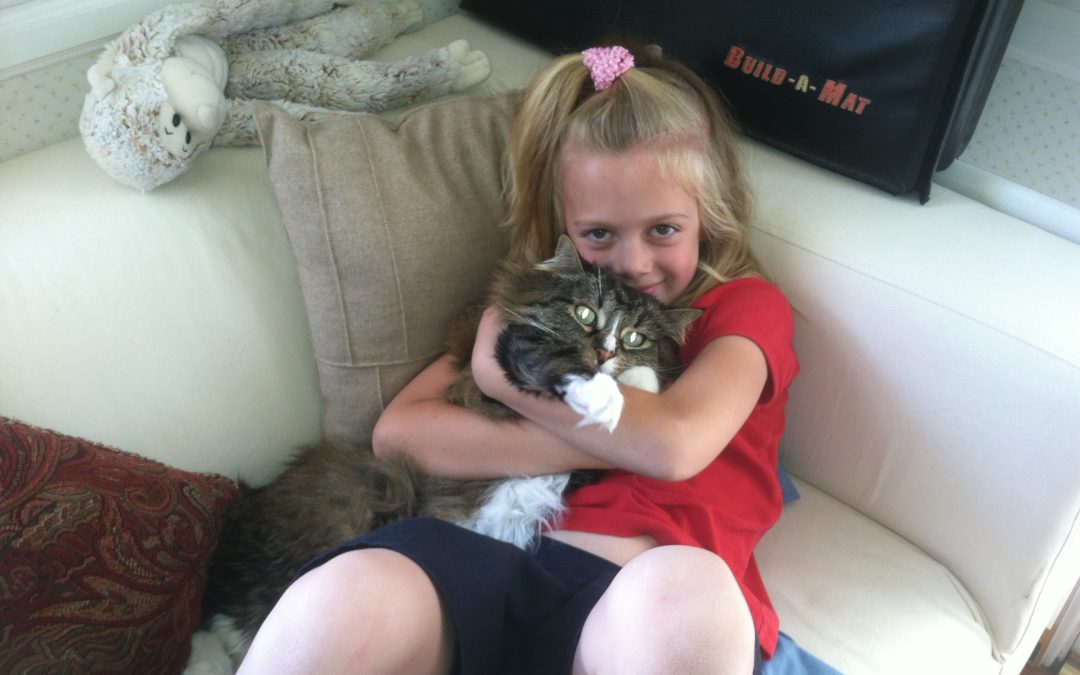 Living away from your cat.

It’s a horrifying thought isn’t it?

As a helicopter cat parent and luxury cat hotel owner, the prospect of living without my cats for more than a week is unthinkable. From the moment I emerged from the womb, cats have been my best friends and roommates.

Until I moved away to college when I graduated from high school. It wasn’t always easy living in a dorm without my childhood furry feline, Siggy. But I took solace in knowing I was only an hour away (or two depending on traffic) from urgent cat cuddle therapy. 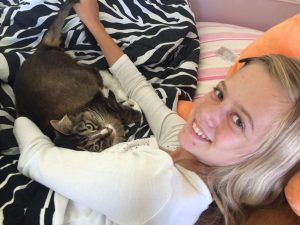 For the first time in my 18-year old daughter’s life, she will be living without her beloved cat Maximus Decimus Meridius by her side. As I write this blog post, we are in the process of moving her into her dorm at Rensselaer Polytechnic Institute (RPI) in Troy, New York. Three thousand miles away from the cat she rescued when she was four years old.

Mags spied him first at Hart Park in Orange, California. A scraggly kitten no more than five months old, he was sitting on one of the pillars squeeking his little heart out. Starved of attention, food, and 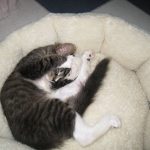 shelter, he meowed his way into Margaret’s heart first, and then ours. We later learned that he was maybe a week away from death due to the severity of his flea infestation. So we named him after The Gladiator for being a fierce fighter. 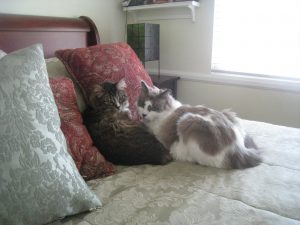 Max adapted quickly to his new home and became fast friends with his older brother, Bella. As the alpha, Bella taught him about life in the Martin household. Six years later, Bella crossed Rainbow Bridge, leaving Max an “only cat” until we rescued his younger brother, Wilbur, from National Cat Protection Society.

Over the years, Max has been a rock for Mags. His mere presence has been a remedy far more potent than any prescription drug designed to calm nerves and reduce anxiety could be for her. 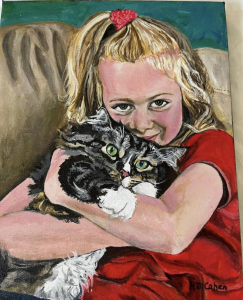 Knowing that she would miss Max more than anything and yet cannot take him with her, I wanted to give her something meaningful as a parting gift. So I asked my talented friend and Club Cat artist Robin Cohen to paint a photo of them from when they were both little.

I also gave her a pillow I had made of Max sleeping on her bed. It’s nowhere close to having him actually with her to cuddle on her bed. I am fully aware. But I’m hoping that it will remind her that he is just a thought, meow, and Facetime session away.

Oh, and the first decorative item promptly displayed in her dorm room? The painting of Max and her of course. If I’ve taught her anything in life, it’s how to prioritize. 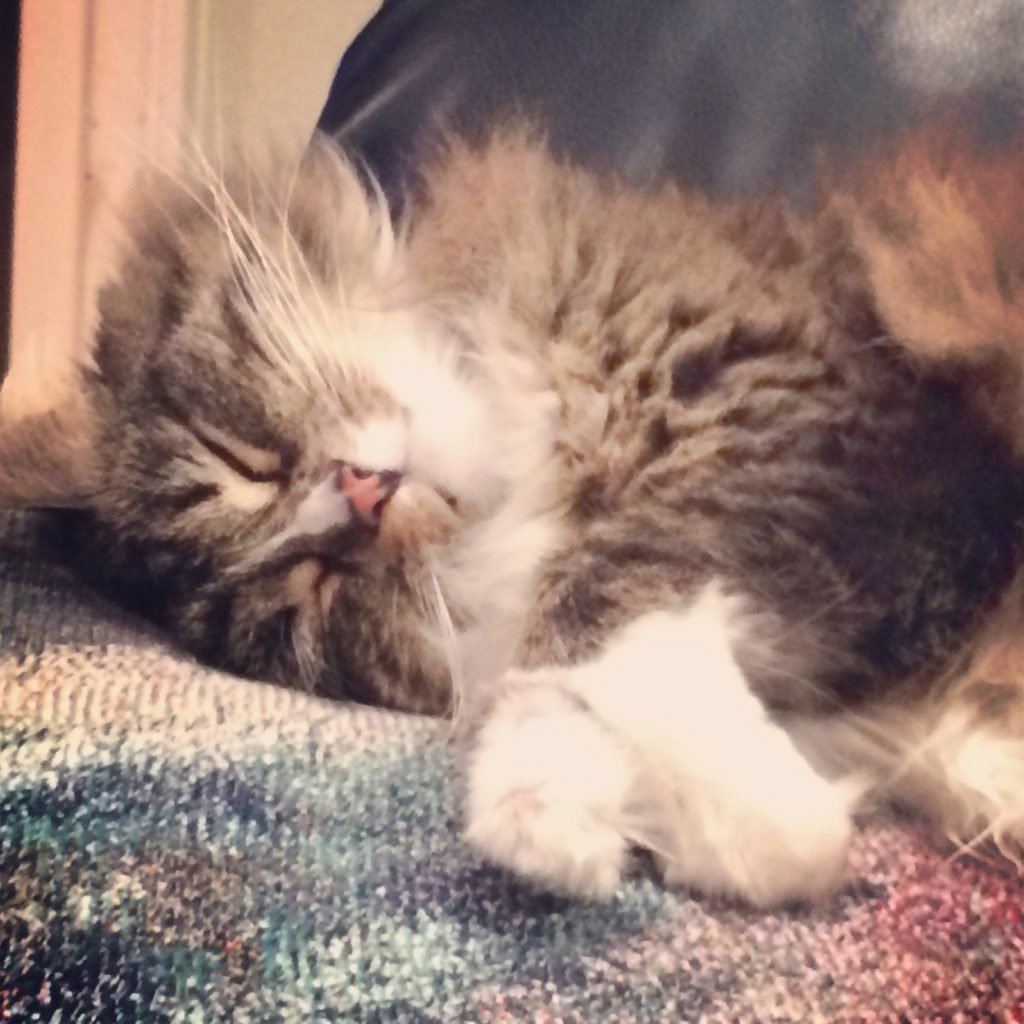