The furry truth about pet photography 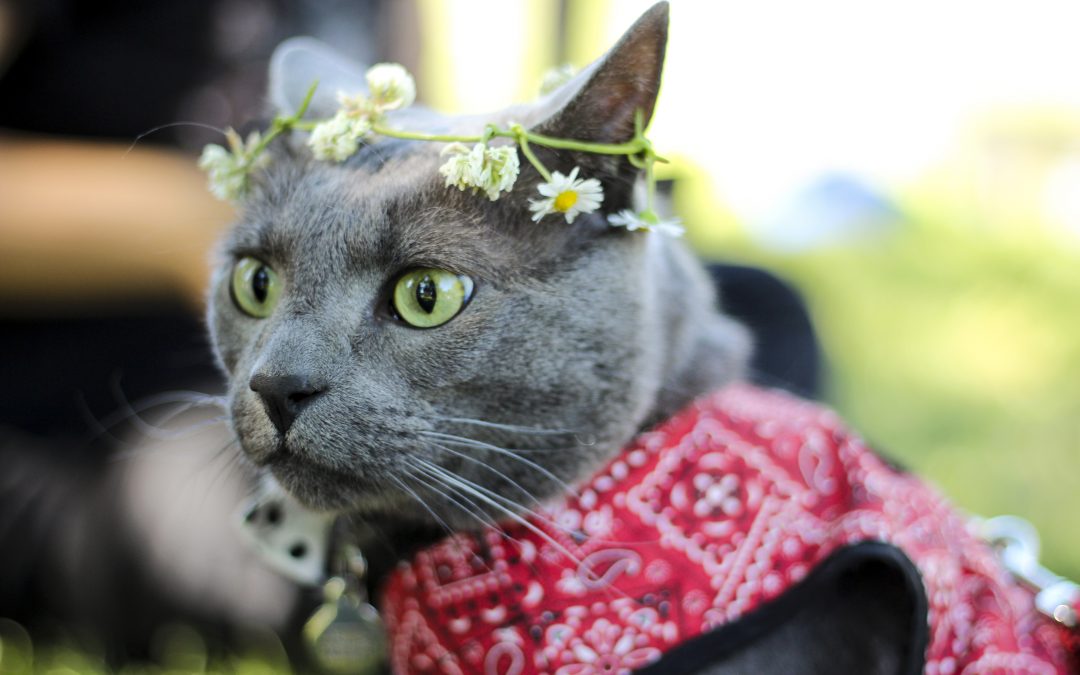 When you run a luxury cat hotel, you meet lots of different people. It’s the next best thing to meeting lots of different kitty cats. Over this past summer, Club Cat was fortunate to host two kitties whose cat mama is a pet photographer. 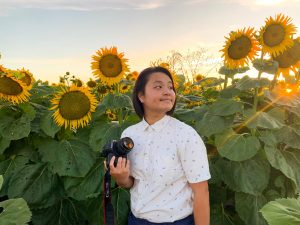 Vanessa and her pet sunflowers

Vanessa has captured so many exceptional moments with our kitty cat guests over the past several months. Newly graduated from UC Davis, she works full time. But thankfully she has not let her passion for pet photography abate.

Pets bring us so much joy. That’s why we take so many pictures of them. But no matter how good the camera on your mobile phone or device is, you just can’t compete with a talented pet photographer like Vanessa. I interviewed Vanessa recently about her pet photography business.

CC:You have two kitties: Oreo and Brownie. Tell us a little about them. 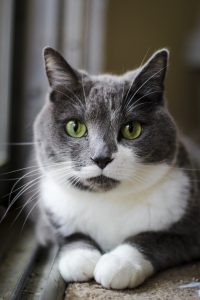 V: I adopted Oreo around March of 2011 from Nike Animal Rescue Foundation, where I volunteered throughout high school in San Jose, CA. The day my mom finally decided to let me adopt a cat, I immediately knew I wanted Oreo. Her foster mom told me she was found in the bush as a newborn. She had been at the adoption fair for pretty much all her life at that time and she hated it there SO much. She would always hide underneath her bed or in the litter box, but she was the SOFTEST kitty I had ever touched. She was around 1 year old and was very shy, but then she slowly got used to different people coming around. She used to hide under the couch whenever there was a new person; after all these years, she would still run away from you but now she would stare at you from a distance, no more hiding. Big improvement! Oh, and she knows she is pretty. She totally enjoys being a spoiled princess.

I adopted Brownie from my uncle in February of 2012. My uncle’s family found Brownie as a kitten in a park, and his previous owner didn’t want him anymore after they contacted him. Then a few months later, when he grew to be a big-bone Russian Blue mix, my uncle couldn’t handle his energy anymore. My uncle called me and asked if I could help him send Brownie to a shelter, but I told my uncle I would like to try and see if Oreo would like Brownie. It turned out, Brownie is like the dog I never had. He loves other cats and people but hates dogs for some reason (he tried to attack a cute black Labrador puppy once!). He loves going outside on a leash and he comes to you when you call him 90% of the time (Ten percent of the time he’s like a cat and ignores us.) 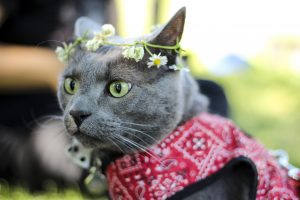 I love both of them. They don’t act like they like each other, but once in a while we find them cuddling with each other. They are like the siblings who love-hate each other.

CC: You just recently moved to Irvine from northern California. What brought you to SoCal?

V: The main reason I moved down to Irvine was because my partner started a Masters program in Urban Planning at UC Irvine. It is also a nice change since we both lived in Davis, CA throughout college and two years after.

CC: How did you get started with photography?

V: I started photography during my volunteering days at the animal rescue in high school. I had one of those little digital cameras and would take a lot of photos of the kitties at the adoption fair. The other volunteers really liked my photos and would use them for the adoptable kitties on their website. So I asked my mom if I could upgrade my camera. I got my first beginner DSLR from a combination gift for Christmas, birthday, and New Year that year! I took so many photos of the kitties at the adoption fair as well as whenever I was hanging out with my friends; I took that camera everywhere. In college, I took some classes at the creative center and started getting into photography professionally. I started taking commissions for graduation portraits and practicing different techniques, and I also helped multiple organizations photograph events and activities. I was known as “that photographer friend.” 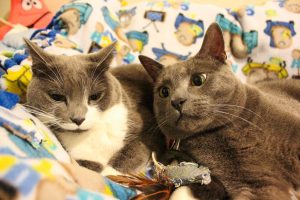 I have always had a love for animals, which is how I got my Bachelor’s in Animal Science at UC Davis. Oreo and Brownie were my first animal models and that’s how I knew I enjoyed animal photography. Whenever I come across a pet or an animal during a photoshoot, I can’t leave until I snap a few photos. I have so many pictures of squirrels, birds, and ducks from all the photo sessions I had done on the UC Davis campus (one of the perks of attending an agricultural school). As my reputation grew, I started getting opportunities to do photoshoots where people would bring their pets, and I loved it so much.

I find pet/animal photography to be fulfilling in a different way from hooman photo sessions because you get to interpret the animals’ emotions and what they are doing in the moment, like you are telling their stories. Of course, I still love taking pictures for people as well. I just really enjoy being the person who helps people show the world who they want to be.

CC: What’s the best part of photographing pets? The worst?

V: The best part is honestly because I am photographing pets. Period. I love interacting with all kinds of pets! The bond between a person and their pets is so beautiful, and I always feel honored to be the person who captures it all. The fun part for me is also figuring out the pets’ personalities and how I want to show that in my photos. There isn’t really any downside when it comes to animals– sometimes they are just not feeling it and it’s nobody’s fault.

I think it can be disappointing when other people don’t value your time or work as a photographer. People don’t see how much work we put in before and after the actual sessions. It’s true that everyone can be a photographer but it takes a lot of time to build experiences. And photo editing can take many hours. 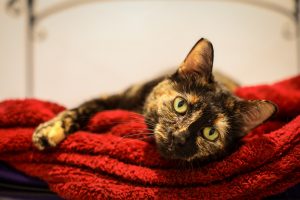 You’ve taken some excellent photographs of Club Cat kitty cat patrons. What types of pets do you work with?

V: Yes! Thank you, Shana, for giving me the opportunity and letting me come in once a while to hang out with the Club Cat kitties! 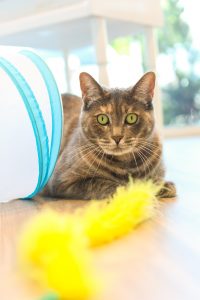 I love to work with all kinds of pets. So far I have done photoshoots for cats, dogs, and rats, but please send any and all of your pets my way! 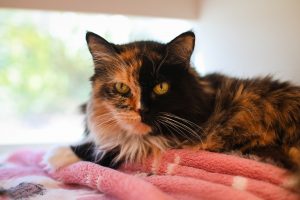 CC: How can cat parents get in touch with you for a photo shoot of their cats?

V: You can see some of my samples at Vanessa’s Petography or email me at vanessapetography@gmail.com for any inquiries! 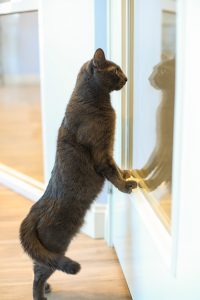