Is my cat open to a new cat sibling? 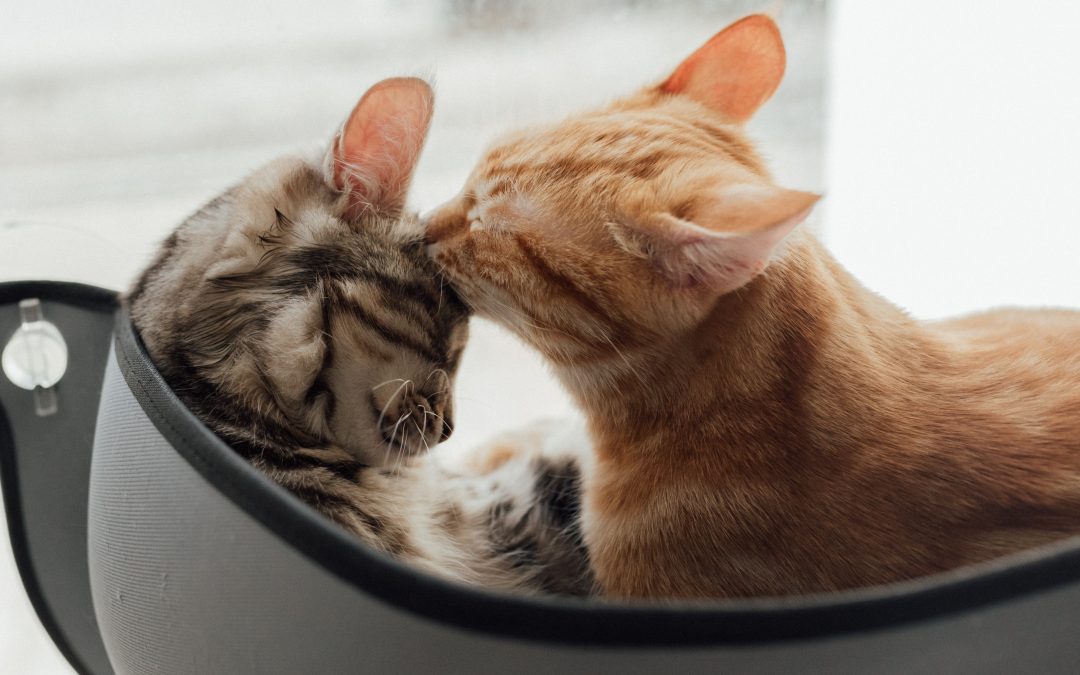 One of the most endearing aspects of working in a cat hotel is watching our customers expand their kitty cat families. We especially love it when our customers decide to adopt a new kitty from a shelter 😻

But there is a potential downside to all the excitement. Much like when humans have a second baby and aren’t sure how their firstborn will respond, the same is true with cats. Questions abound. Will the kitties get along? Will existing kitty feel de-throned? Is my kitty an “only cat” kind of kitty?

When my late cat Bella died back in December of 2012, my younger cat Maximus Decimus Meridius (named after the Gladiator) was happy as a clam to finally be an only cat. Don’t get me wrong. He and Bella got along exceptionally well. 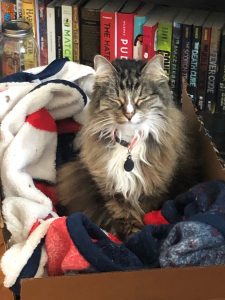 But Bella was the “alpha” and so when he died, Maximus was thrilled to finally get the undivided attention from his humans. I swore that I wouldn’t get another kitty until he died because he just seemed so happy.

A few years after Bella died, my daughters and I were volunteering at National Cat Protection Society when we fell in love with one of the shelter kittens. I desperately wanted another cat.

But I was very concerned about how Maximus would respond. When my husband chimed in that he wanted Wilbur too, I couldn’t resist. Twist my arm! We adopted Wilbur immediately and I hoped for the best.

How should I introduce a new cat sibling?

When we brought Wilbur home six years ago, we decided we needed to increase our chances of success. Especially knowing Maximus was going to be a hard sell. 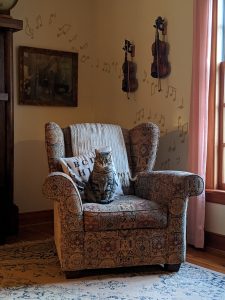 Preparing your older cat for a new cat sibling is a must according to WebMD. Especially when bringing home kitten. That’s because older cats may not appreciate the non-stop playful behavior of an energetic kitten. WebMD recommends:

*Make a veterinary appointment to make sure existing kitty is healthy.
*Put the new kitty’s belongings out prior to the actual adoption.
*Provide one litter box per cat plus an extra.

According to famous cat behaviorist Jackson Galaxy, immediately putting your new cat into a room with your existing kitty is not a good idea. Since cats are fiercely territorial, he recommends creating a “base camp” for the new kitty. This is a space new kitty can mark with his scent so he feels it is his own. He also recommends not allowing new kitty to see the existing kitty at first and vice versa.

How long does it take for your cat to accept a new cat sibling?

It can take several weeks to several months for your cat to accept a new cat sibling according to Rehome. In my experience, it took nine months for Maximus to accept that he was no longer the only cat. And in the timeframe, Maximus developed a skin infection we believe because he was so stressed. 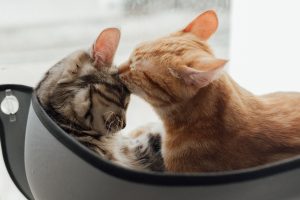 Photo by Arina Krasnikova from Pexels

There is no guarantee that your existing cat will accept their new cat sibling right away. Or ever. But creating an organized plan in advance can only increase the chances of success.