I became my own Club Cat Customer 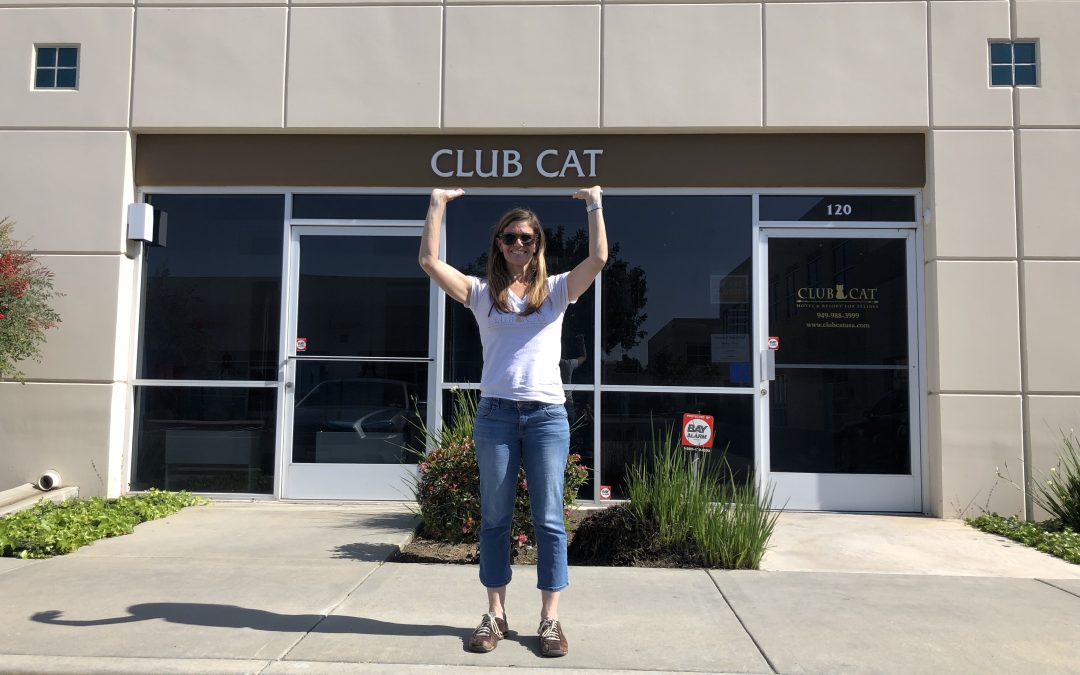 I love engaging with a new Club Cat customer. Why? Because the questions they have about boarding their cats reminds me of why I built Club Cat.

Will my kitties think they are being abandoned? Are they going to receive care and attention throughout the day? Are the suites big enough to provide kitty with a variety of places to play, lounge, and climb? Will I be able to see my kitty? These are just a few of the many common questions that I hear. And they are all not only valid questions. They are ones I would ask if I were a new Club Cat customer.

For the first time since I opened Club Cat’s doors in March 2019, I went out-of-state on a vacation with my family for 10 days. I boarded our two cats, Maximus Decimus Meridius and Wilbur at Club Cat. In essence, I became my own customer.

Initially, I wasn’t going to board them. Demand has been extremely high. With a growing waitlist, I felt that taking up a suite in our intimate, 20-suite luxury hotel would be unfair. Instead, I was going to take them to my mother’s house in northern Los Angeles to stay. But I was reluctant. She’s the reason I am so zany for cats. But she’s in her 80’s. And even though they are easy kitties, I would be imposing on her. I was caught up in an internal quagmire of epic helicopter cat mama proportions.

And then my husband reminded me why I built Club Cat.

Worthy of your feline 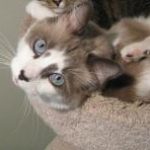 It was because of my oldest cat, Maximus, and his late brother, Bella. Before I built Club Cat, I had never boarded them anywhere. There just wasn’t a place I found that had all the elements I needed to feel comfortable boarding them.

In a pet clinic, the focus understandably was on the ailing kitty and doggy patients, not the healthy boarders. And most boarded dogs which barked loudly, scaring my cats. The cat-only boarding places I visited were cage boarding facilities which meant they had the capacity for a gazillion cats at once. That made me wonder: how would 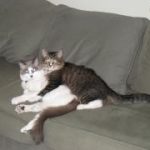 the staff possibly have time for my cats? Even worse, many of the cat-only hotels accommodate cage-free boarding. “Cage-free” sounds great until you dig deeper. It means a bunch of stranger kitties stay in a huge, open room all day and night. As my veterinarian friends have told me, that is recipe for cat disaster. And they see the aftermath of these situations.

I decided my husband was right. Why shouldn’t my kitties benefit from Club Cat? Especially since they were the inspiration for its inception.

About a week before we left, Maximus had begun to vomit a lot more frequently than usual. We have known for a few years now that he either has Gastrointestinal (GI) Lymphoma or Inflammatory Bowel Disease. Both cause vomiting and diarrhea.

I took him to his doctor at Newport Pet Clinic a day before we left. Dr. Beaudet put him on Prednisone, something he has responded to favorably in the past. This meant my team would have to give him oral pills twice per day.

I was already nervous about leaving Club Cat for 10 days. Now I worried he would continue to vomit and lose more weight. But I couldn’t cancel our trip. The trip had already been postponed from last year. We hadn’t seen our family in several years already. This year, we had wrapped a college tour for our daughter who is a senior at the Orange County School of the Arts (OCSA). Time was running out.

Fortunately, my dedicated, loving, and skilled team of concierges and caretakers treated me like a regular Club Cat customer and not their boss. They provided me with important updates on Maximus’s progress so I didn’t feel left in the dark. But they also allowed me to enjoy my time away. It was the purrfect balance.

(Confession: I watched the webcam numerous times daily to check in on Maximus and Wilbur. Shhhhh….don’t tell my team.) 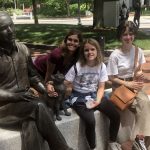 On the last day of our trip, my husband and our kids and I got up at an ungodly hour to fly back to California from Connecticut. Our flight back ended up being cancelled a few hours before it was supposed to depart. Miraculously, we were able to get re-routed later that day through O’Hare and landed in Orange County around 10 pm. After almost 24 hours of being up and traveling, we were exhausted.

The first thing we did when we left John Wayne Airport? Go to Club Cat and pick up our kitties. 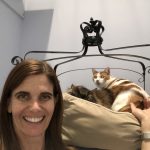 I guess there are some perks of being both the owner and a customer of a luxury cat hotel after all.

Postscript: Unfortunately, we don’t own a dog hotel so we had to wait until the next day to pick up our dog, Blue 🙁