A cat mama becomes a cat AND dog mama 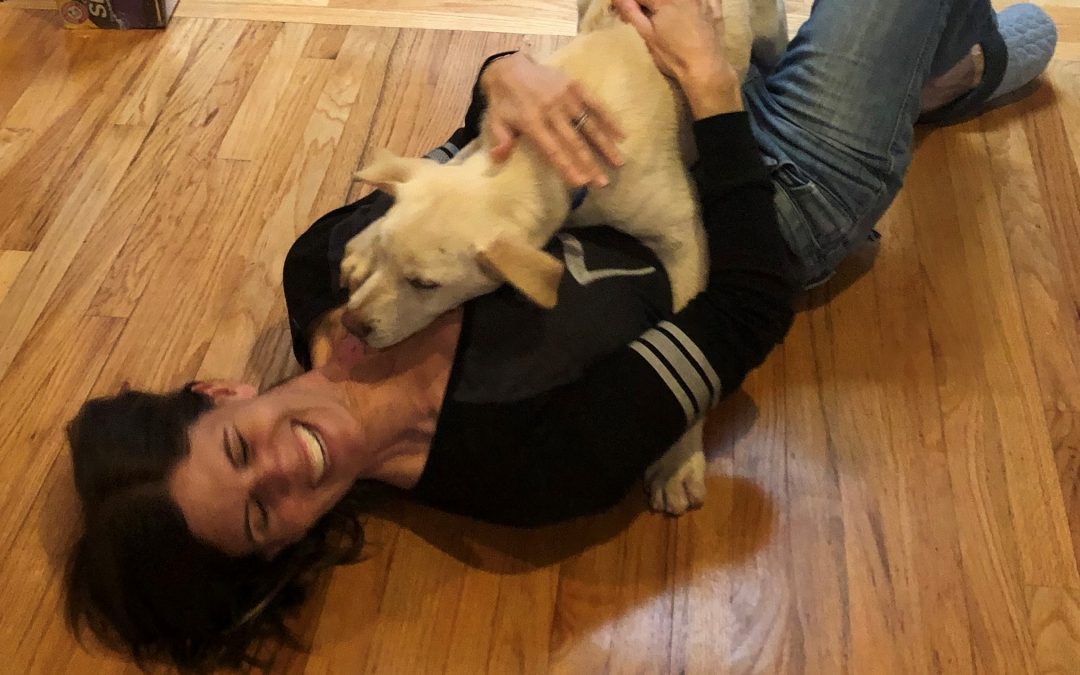 One of my favorite children’s books is Dog vs. Cat.

A nod to Neil Simon’s play The Odd Couple, this charming and funny kid’s story had me hooked from the first moment I read it to my youngest daughter. As a new dog mama who is now a cat and dog mama, I’m seeing first-hand that it is funny because it is so true.

If you’re new to Club Cat’s blog, let me introduce myself. I am Shana, founder of Club Cat, Orange County’s first luxury cat hotel. I am a self-professed zany cat lover, cat mama, and Cat-aholic. And as of April 9, 2020, I am now the proud new dog mama of Blue. 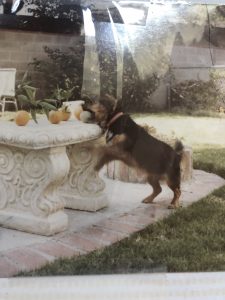 Full disclosure: Blue made me a dog mama but he isn’t my first experience with having a dog. We had a dog when I was growing up. Her name was Pepper. She was a Dachshund and a Cocker Spaniel mix. Adorable. Playful. Loveable. And also incredibly aloof. Unfortunately, when she was just a puppy, my older brother taught her to play “baseball” – a game in which she’d drop these slobbery tennis balls at our feet until we threw them for her to fetch. (I know, I know – I’m not sure why my brother called the game “baseball” when he used a tennis ball.) 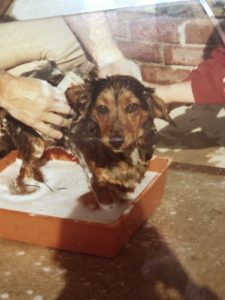 Pepper would then retrieve the tennis ball and drop it again at our feet. She quickly became addicted to “baseball.” As with most addictive behaviors, it got in the way of a healthy relationship. I have a vivid memory of Pepper dropping these slobbery tennis balls on my teenage tummy when I was trying to work on my tan in the backyard. That was pretty gross. But the worst part was that she rejected most every attempt for me to pet her and cuddle her. The end result is that I just didn’t connect with her the way I connected with my cat, Siggy. In contrast, my beloved Siggy (aka Siggelini) just cuddled me, nary an interest (let alone fixation) on dropping slobbery tennis balls on my tummy. And my opinion of dogs as pets dropped to an all time low.

COVID to the dog rescue

Fast forward several decades. My daughters have been clamoring for a dog for a few years. My dog-loving husband kept telling us how dogs are so much more work than cats. Having had dogs all throughout childhood, he knew how much work they are. How much work could they be, I kept thinking, cringing at the thought of a slobbery tennis ball anywhere near my tummy.

And like everyone else, our lives were on turbo play until March of this year. With everything on our plate, we just didn’t see how we could swing it. The last thing we wanted was to be irresponsible dog parents who neglected their dog.

Once COVID hit, I told my husband it’s time. Fortunately, he agreed. We wanted to adopt a 1-2 year old dog. And we almost did if not for my teenage daughter having begged us for the 5-month old puppy we rescued. But as the saying goes, the dog chooses you. 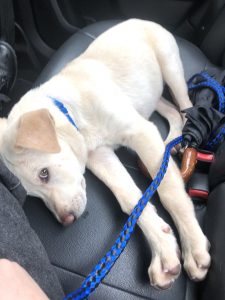 Blue on the way home from Priceless Pets

We adopted our pup from Priceless Pets in early April. Blue (formerly Howard) was advertised as a Shepherd / Labrador Retriever mix but he looks a lot more Labrador Retriever to anyone with eyes – which is fine by me because I adore Labs. We love him no matter what he is. And as whimsical as it is, we are considering a doggy DNA test. Necessary? Absolutely not. Funny? Yup.

Cats and dogs have more in common than you’d think

In my short time as a cat and dog mama, I’ve managed to fall in love with Blue. The cats? Not so much. (An entirely separate post on this coming soon). And although a lot has been written about how different cats and dogs are, I think they are more similar than they are different. 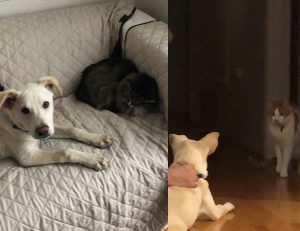 Blue and his feline siblings, Maximus Decimus Meridius and Wilbur

Because underneath all the fur and the hair that clings to every piece of clothing you own forever, and the loud, late-night puking sessions, and the large stinky bowel movements you never have enough doggy bags for and the urine that makes you rip out your carpet and vow to never ever buy a house with carpet again, both cats and dogs want the same thing from us: to be loved.